NP and Another v Comptroller of Income Tax

Believed to be the first time Singapore courts have accepted bad fengshui as a legitimate reason for a property sale in a tax case. 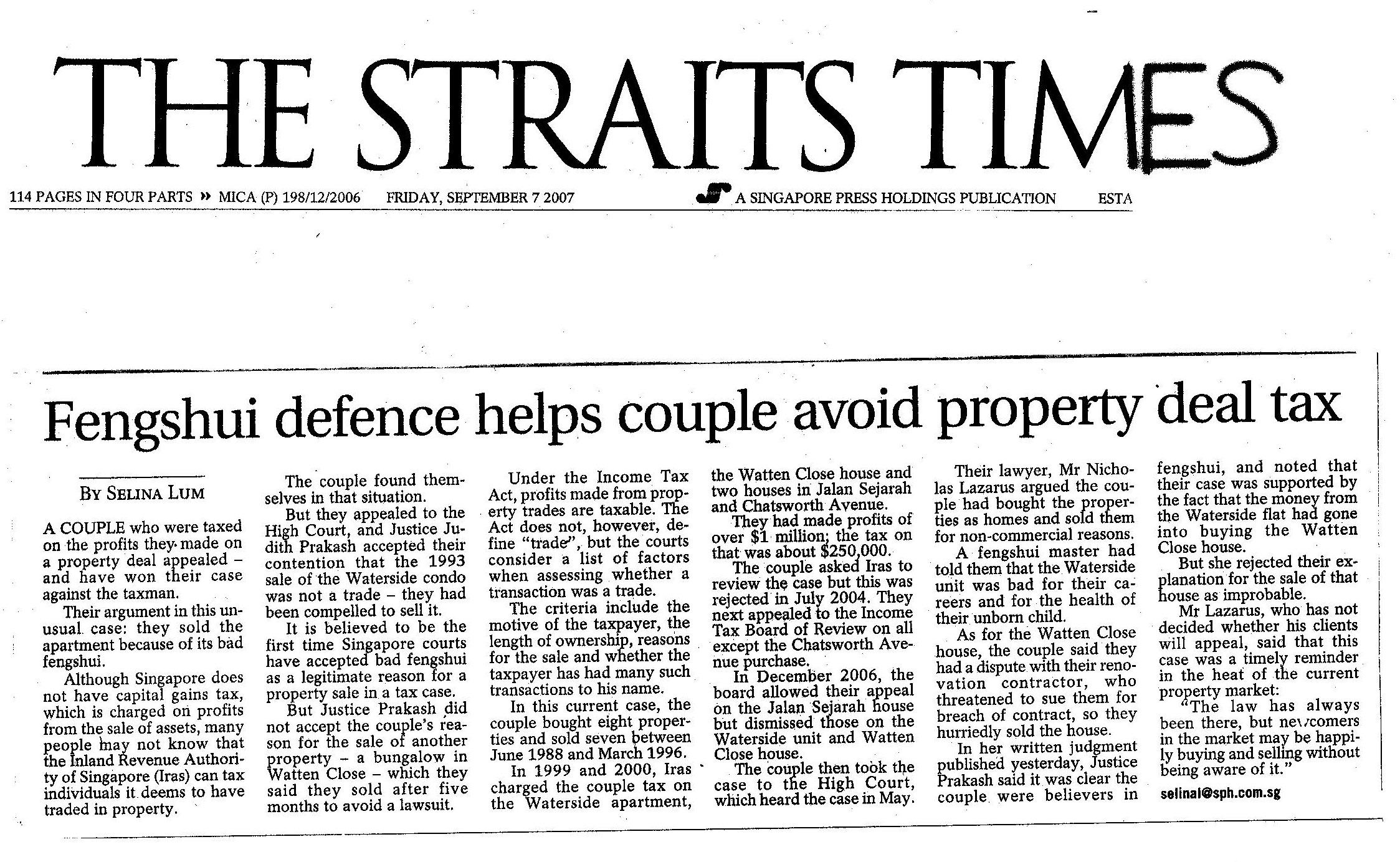 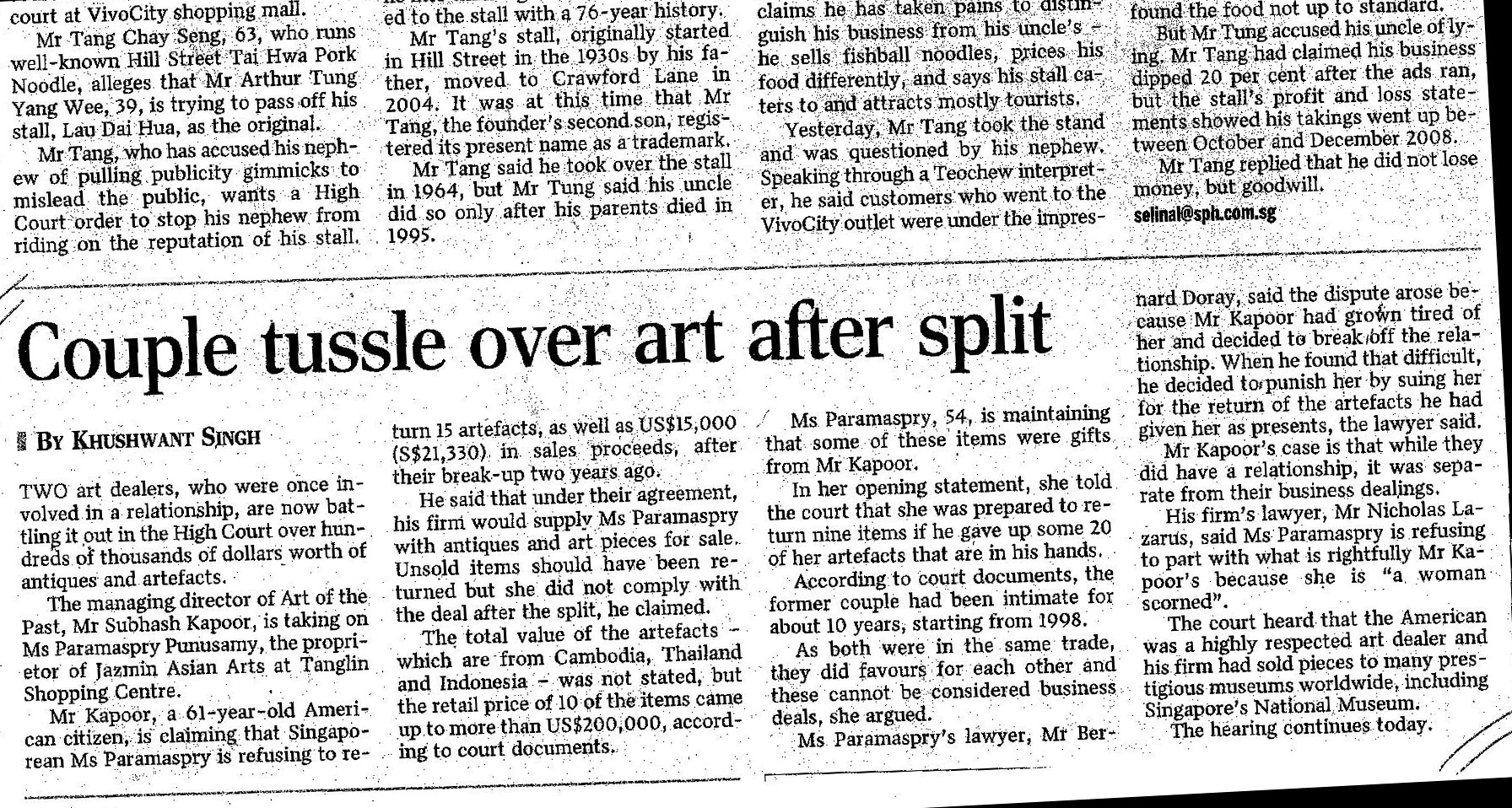 H.T S.R.L v Woon Wee Shuo where the court held that leaked documents on the internet may be confidential 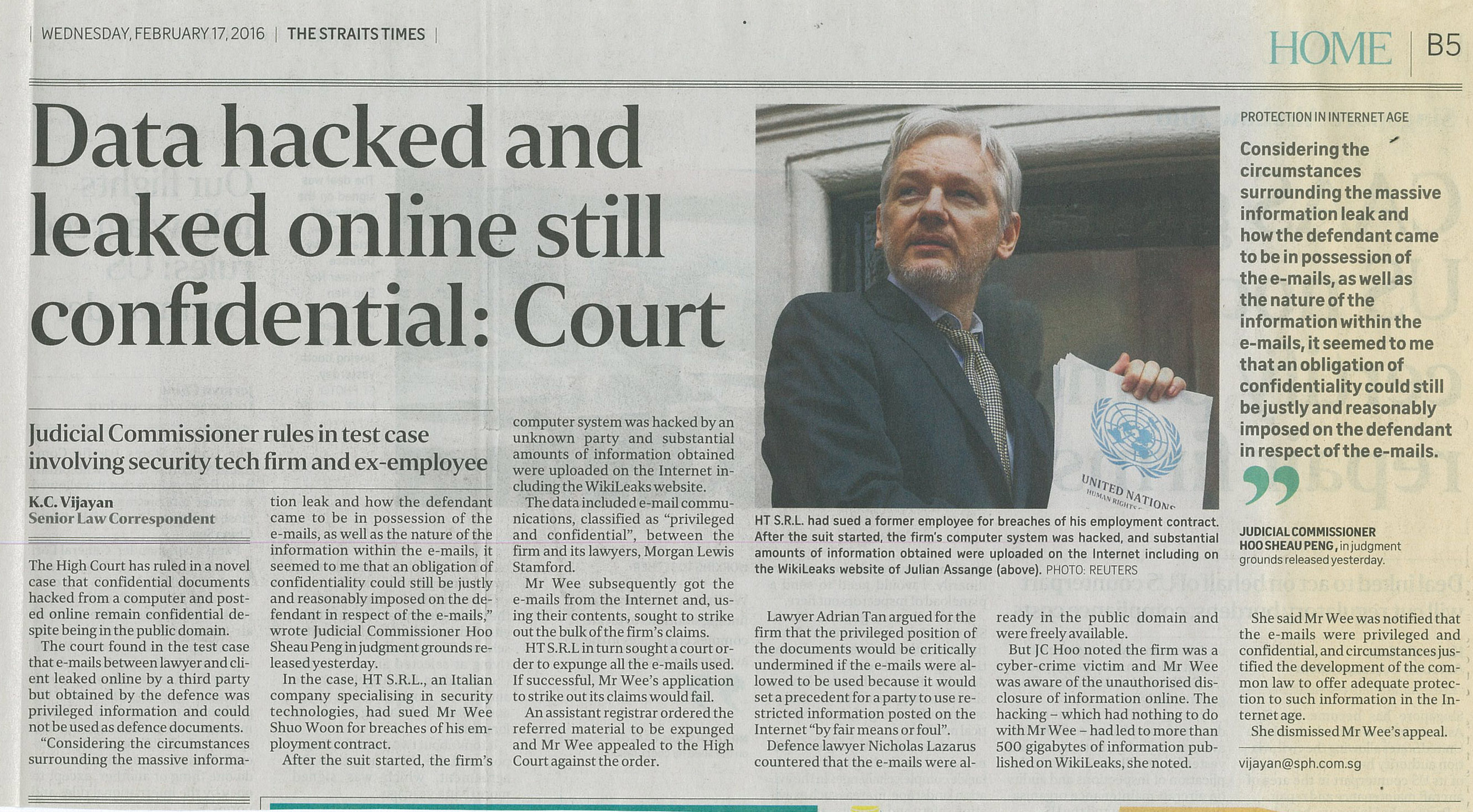 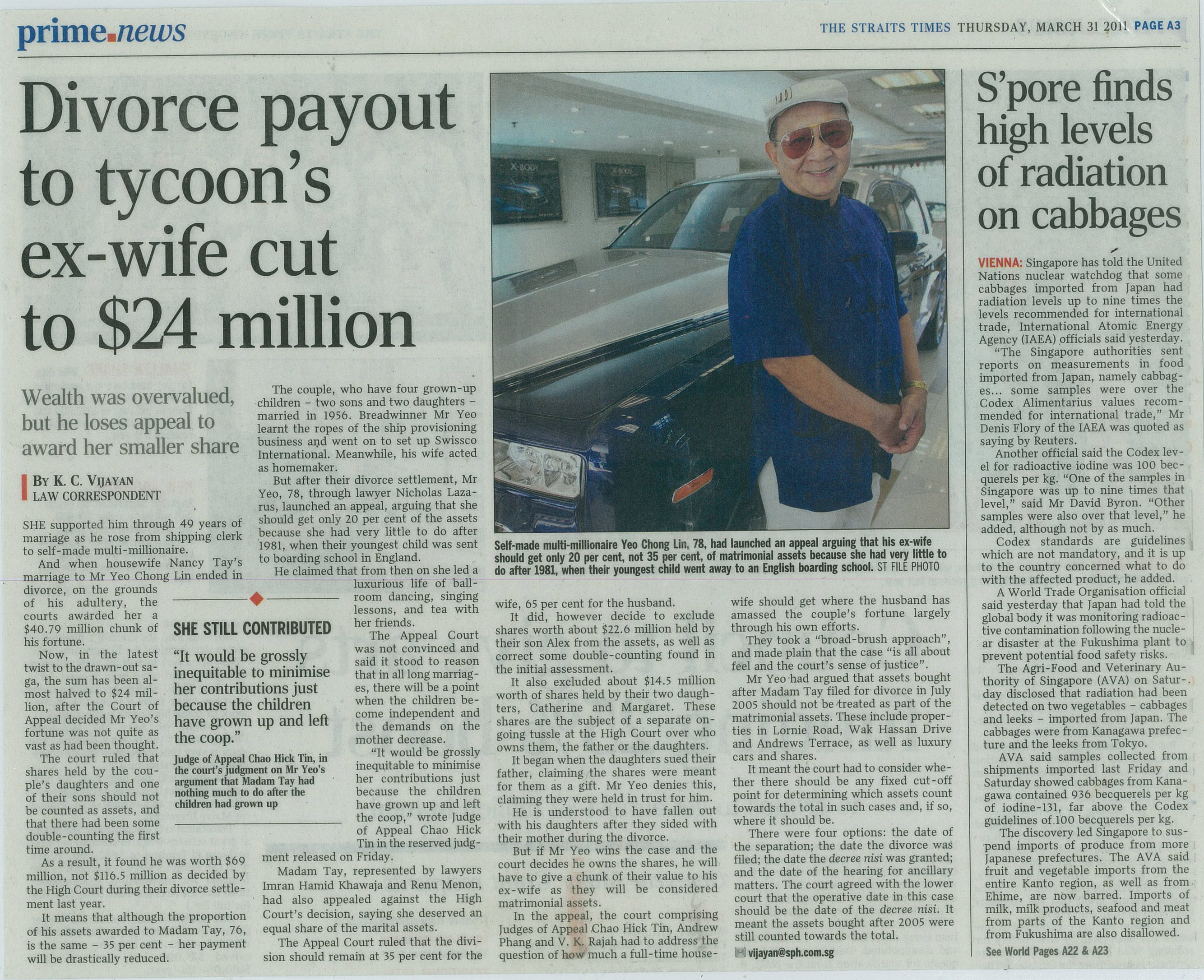